Why visit WelcometoSOMD.com? It's what's important in Southern Maryland RIGHT NOW! Events, Information, Discounts, Tips, Surveys... all brought to you by Southern Maryland businesses and sponsors. If you've missed the most recent postings don't worry in they're in the archives. Just keep checking in with us to see what's new.

Find the perfect Gift at Calvarts!

Get a Gift Now!

Arrest Made After 15 Years

Persistance Results In Arrest Of Woman Avoiding Warrants For 15 Years 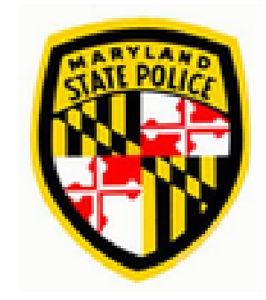 (CITRONELLE, AL) – The persistence of two Maryland State Police investigators who refused to stop trying to find a woman wanted on warrants for 15 years in Maryland and Pennsylvania paid off with her location and arrest in Alabama today.

During a recent cooperative warrant service initiative in Carroll County, warrants for Graddy/Giddens had been forwarded from the Westminster Police Department and the Adams County Sheriff’s Office.  Initial efforts failed to locate her in Carroll County or the surrounding region.

After the warrant sweep had ended, Trooper First Class David Brown and Detective Sergeant Padraic Lacy, of the Westminster Barrack, were determined to keep up the search for the woman who had avoided arrest for 15 years.  Researching records in multiple states, the troopers were able to locate a driver’s license photo from Mississippi.  Police in Meridian, Mississippi were contacted and learned Graddy/Giddens had lived there, but had since moved to somewhere in Alabama.

TFC Brown and D/Sgt. Lacy continued their search and were able to determine the woman had recently married and may be living in Mobile County, AL.  Detectives from the Mobile County Sheriff’s Office provided assistance to the Maryland State Police and were able to locate where the woman was living.  They also determined she was wanted on four warrants on traffic charges in their jurisdiction.

After a seven-day search in Alabama, the Mobile County Sheriff’s Office stopped Giddens/Graddy at 1:30 p.m. today while she was driving near Citronelle.  She was arrested and processed on the Alabama warrants.  She will be held on a fugitive warrant as Pennsylvania authorities initiate extradition proceedings for her return to that state.