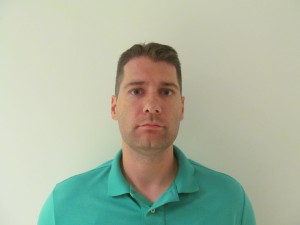 The accused is identified as Brad Respondek, 37, of the 12,000 block of Teaberry Road in Silver Spring, Maryland.  He was arrested without incident around 2:00 p.m.  on Friday, July 31, 2015.  Respondek was charged with distribution and possession of child pornography. He was transported to the Montgomery County Detention Center.

As a result of the investigation, a search and seizure warrant was executed at Respondek’s residence on July 31, 2015 by the Maryland State Police Computer Crimes Unit, Department of Homeland Security, Rockville Barrack and the Capital Area Regional Fugitive Apprehension Task Force. Investigators identified Respondek as the focus of the investigation.

Execution of the search warrant resulted in numerous types of digital media being seized.  While on scene, a digital forensics team found several images and videos of child pornography.  Respondek was arrested on scene and transported to the Montgomery County Detention Center. He was later released after posting a $10,000 bond.

The Maryland Internet Crimes Against Children Task Force is part of the Maryland State Police Computer Crimes Section, and is comprised of police agencies from around the state. Its primary mission is to protect children from computer-facilitated sexual exploitation. The Task Force works cooperatively with law enforcement agencies and prosecutors to provide resources to combat these crimes. Additionally, the Task Force provides community awareness campaigns helping to prevent the spread of these crimes through education.